The death has been announced of Erelu Abiola Dosunmu, 79, who held the title of Erelu Iledi Osugbo of Lagos. The amiable socialite passed away on the 1st of January 2014, at a time when majority of the populace were celebrating the dawn of the New Year.

Erelu Dosunmu, an elder sister to Chief Olalekan Dosunmu, the Akinshiku of Lagos, popularly known as Oba Dosunmu and a close ally of the Oba of Elegushi, gave up the ghost after a brief illness, and as a result of the tragic incident, all the shops on Lagos Island were shut down to honour the late chief.

Chief Dosunmu was first installed by HRM Oba Adeyinka Oyekan as Adele Erelu upon the demise of the former Erelu in 1983, and installed as the substantive Erelu in 1984. Her other titles include the Iyalode of Surulere, and the Yeye-Oba of Ilara-Remo. She lived in the Barracks area of Surulere, and was well-loved by members of the community before her death.

A Courageous Leader, Hope for the Hopeless, Emancipator, Voice of the Voiceless, Mother of Chiefs, Kings & Queens, Erelu’s life has been described by those close to her, as one dedicated to the service of humanity, as she was in a meeting contributing to the well-being of the masses some hours before her death.
May her soul Rest In Peace! 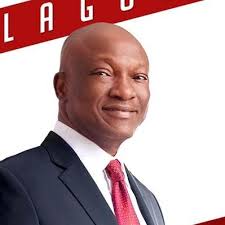