The marriage of money man, Dumebi Kachukwu is threatened.

And sources attribute this development to on going torrid romance with society gal, Jeniffer Olize.

And over time the hidden development has blossomed to an open affair threatening his second marriage.

He is presently wedded to Ikeme, the lady that captured his world after his about 10yrs marriage to Somachi collapsed. This was after 4 children.

But barely 3yrs into his 2nd marriage, it appears it may go the way of the first.

The matrimony blessed with a child is tagged ‘on shaky grounds’, based on the increasing seriousness of the affair with Jennifer.

Informants claimed the development is an open secret- with his wife’s ears already full with tales of extravagance romantic gestures.

Giving those that care about his marriage cause for concern is Dumebi’s disposition to ‘making a wife out of Jennifer’.

Though she is said to currently put up a posture of not too keen on this at present- sources confirmed increasing talks of the development over town his heating up Dumebi’s marriage. 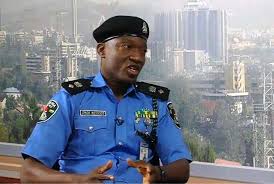 53 Garlands To Abiodun Akinlade, A Trailblazer, A Rare Gem